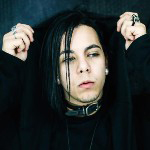 The last mile from the bridge to Bosler was always a killer, especially when Jacob hadn't seen the little settlement in more days than he had fingers to count. This time, however, it was even worse than usual. His boots were soaked right through thanks to a mishap with a rotten beam on the bridge, he'd run out of food two days before and all of Tacoma had been picked clean, and he was just generally miserable and pissy. The look on his face practically screamed that as he trudged up the now-familiar trail towards the settlement. All he could think about was dumping this shit off, inhaling whatever food he could dig up between his place and Bronwyn's, and then falling into a coma for the next... 24 hours at least.

His energy was beginning to fade as he rounded the horse paddocks, shoulders slumping under the visible strain of his backpack. It made him impatient, calling out to the first person he laid eyes on. "Yo! You seen Bronwyn?" he all but barked. In his mind, everyone knew the spectral figure that always seemed to dress in immaculate, white flowing dresses. In reality? Yeah, most people did know who the bizarre woman was, but some didn't know her by name, and there were no doubt some newcomers who weren't familiar with her at all just yet. He just didn't know, nor really care, which side of the familiarity fence the stranger he was demanding answers from sat on.