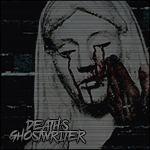 Dare me to jump off of this Jersey bridge?

Any roleplays that take place in any sort of housing go in this subforum. Below, you'll find a directory full of locations to roleplay in. If, however, you can't find a location that suit your roleplay, you are welcome to create your own. All that we ask is that you keep it appropriate to the feel of the area specifically, and our setting as a whole.

If your thread is open for any/all other characters to jump into, be sure to tag it with open for our Discord integration. You can remove this open tag at any time, but keep in mind that readding it will not send the thread to Discord again. 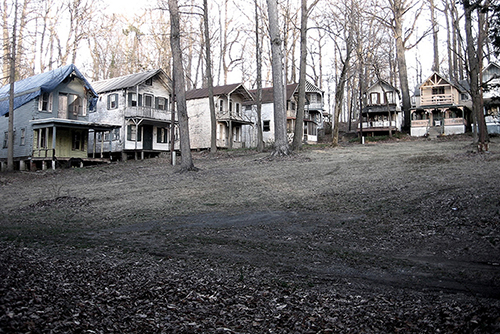 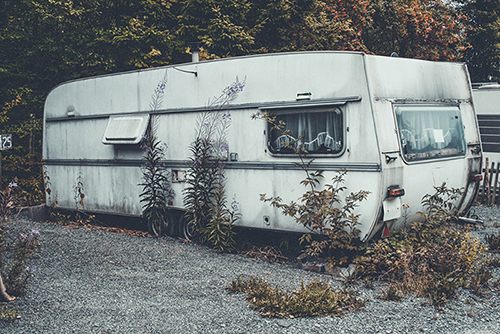 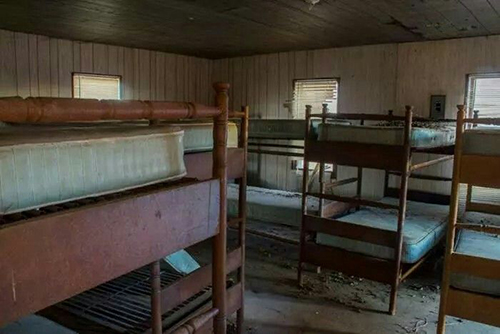 The Barracks
The housing option for both Citizens and Outsiders has been affectionately nicknamed the Barracks, mostly due to the cramped sleeping quarters. Seven small cabins, originally meant to house children during Bosler's summer camp days, comprise the majority of the Barracks, and each one is packed full of bunk beds in various states of disrepair. A few derelict camper trailers sit between the cabins and offer more housing in a slightly less cramped way, though the trailers are generally reserved for the Hunters due to their elevated status, and those in the community who simply don't do well around other people. Some Citizens and Outsiders have also opted to simply set up tents and makeshift lean-tos in the space between the cabins and trailers, or against the treeline behind them. 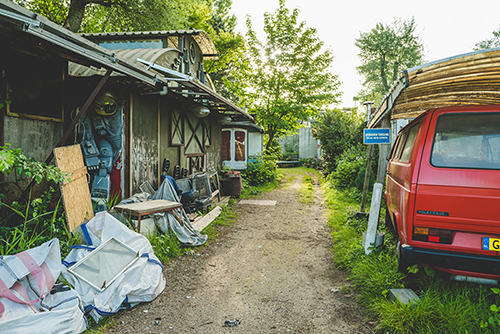 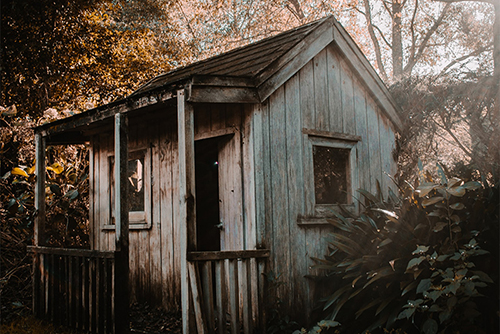 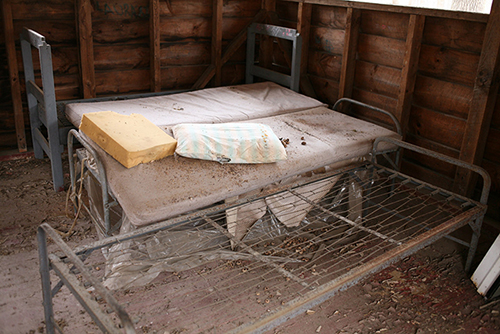 Raider Encampment
Compared to the Barracks, the Raider Encampment seems outright luxurious. Using the old camp counselor cabin as a base, the Raiders have slowly expanded the building over the years to accommodate an increase in numbers and scavenged equipment. The extra room doesn't make up for the close proximity to the forest and Avarus Nest beyond, however, making the Encampment far more dangerous than the Barracks' more centralized location after dark, even with several Raiders keeping fires going all night. Thanks to being at one of the highest points within Bosler, the south side of the roof also houses the community's solar panels, which are maintained by the Raiders. The Encampment is also home to Bosler's two bed medic bay, which is directly attached to the storeroom, though it has its own private entrance. 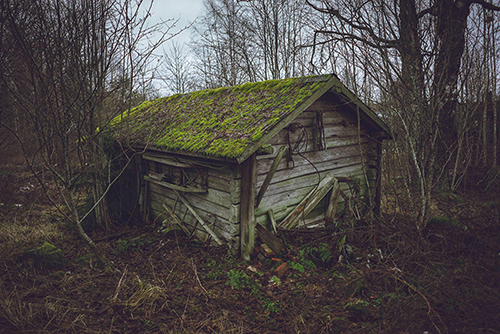 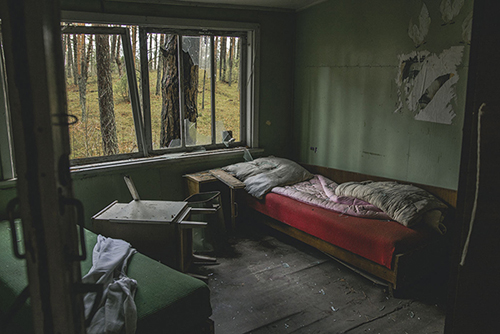 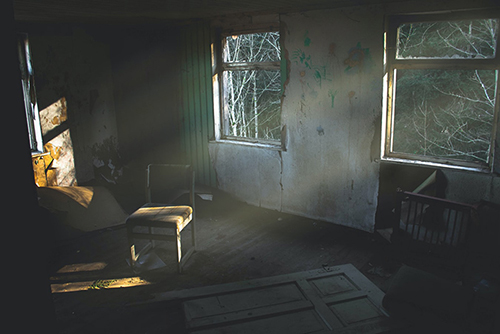 Avarus Nest
Tucked into the forest sits the Avarus Nest. Formerly the camp director's cabin, the living situation in this 500 square foot structure is even more cramped than at the Barracks. The roof and parts of the walls have all but rotted away, and need constant patching with old tarps, scraps of sheet metal, and whatever else the Avarus can find in the Scrap Pile. While living conditions in the Nest may seem particularly dire, the cabin was built near an old natural cistern that traps rainwater, and a small well atop the cistern allows them to draw buckets of fresh water from it without having to venture down to the waterfront to haul seawater back for distilling.